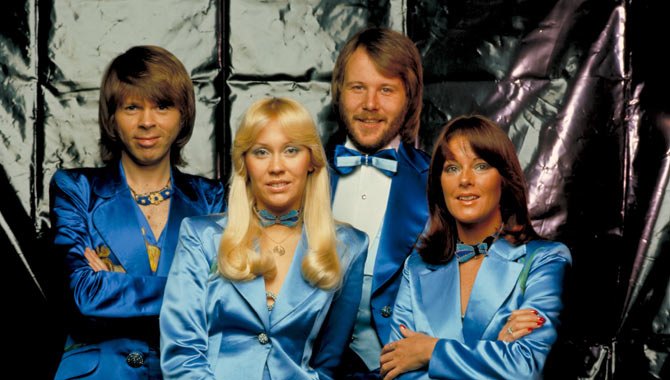 The song was written by group members Bjorn Ulvaeus and Benny Andersson. It was always thought to be a dancing song and originally had the working title of “Boogaloo.” Stig Anderson, their manager named it “Dancing Queen,” and it certainly went on to become a Europop disco smash.  It was released as a single in 1976, backed with “That’s Me.” It was also released on Abba’s 1976 album Arrival. In 1976-77, “Dancing Queen” rose to #1 on the U.S. Billboard Hot 100 and U.S. Cashbox Top 100 Singles as well as #1 in Australia, Belgium, Canada, Denmark, The Netherlands, Germany, Ireland, Mexico, New Zealand, Norway, Rhodesia, South Africa, the USSR,  Sweden, and the U.K.  It was within the top 20 in Austria, Finland, France, Italy, Japan, and Spain. The song has received RIAA gold certification in the U.S. and BPI platinum certification in the U.K. The world felt the joy in the music.

So far as royalty goes, besides dancing queens looking for kings, Abba performed the song on June 18, 1976, during a televised tribute to Queen Silvia and King Gustaf XVI of Sweden, who were to be married the following day. Queen Elizabeth II of the U.K. and other Commonwealth realms, says, “I always try to dance when this song comes on because I am the Queen and I like to dance.”

Abba formed in Stockholm, Sweden, in 1972. The groups moniker is from the first letter of the members’ names: Agnetha Fältskog, Björn Ulvaeus, Benny Andersson, and Anni-Frid Lyngstad. They have been one of the most successful acts in the history of pop music.  They had fourteen U.S. Top 40 hits, and “Dancing Queen” was their only one to make it all the way to #1. Abba disbanded in 1982.

Here are the lyrics to “Dancing Queen” by Abba:

The System has daily featured music from all sorts of genres of 1970s music. You’re welcome to listen to any of the 40+ selections in The System. Thank you for stopping by. Hope you enjoyed “Dancing Queen” by ABBA.