The Staple Singers’ Respect Yourself 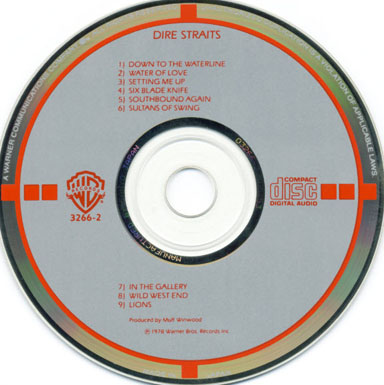 Mark Knopfler of Dire Straits was inspired to write the song after watching a small and mediocre band perform on a rainy night in a bar in Ipswich. The audience were only a few drunks, oblivious to the music. As the band left stage, they proudly and grandly said, “Goodnight and thank you. We are the sultans of swing.” found the contrast between the reality and rhetoric amusing. In the lyrics, “Guitar George” and “Harry” refer to George Young and Harry Vander, who were guitarists for the Australian band The Easybeats.

The song was on a demo tape for Dire Straits, and once they had a recording contract, it was re-recorded. They released “Sultans of Swing” on their debut album (1978) titled Dire Straits. The song was also released as a single in May 1978, backed with “Eastbound Train” in the U.K. and “Southbound Again” in the U.S. It did not chart and was re-issued in January 1979.  It became an international success, rising to #4 on the Billboard Hot 100 and in Canada, #3 in South Africa, #8 in the U.K., #6 in Ireland, #11 in The Netherlands, and #12 in Italy and New Zealand.  It certified Silver in the U.K., Gold in Canada, and Platinum in Italy.

Here are the lyrics to “Sultans of Swing” by Dire Straits:

You get a shiver in the dark,
It’s a raining in the park but meantime-
South of the river you stop and you hold everything
A band is blowing Dixie, double four time
You feel all right when you hear the music ring
Well now you step inside but you don’t see too many faces
Coming in out of the rain they hear the jazz go down
Competition in other places
Uh but the horns they blowin’ that sound
Way on down south
Way on down south
London town
Check out guitar George, he knows all the chords
Mind he’s strictly rhythm he doesn’t want to make them cry or sing
They said an old guitar is all, he can afford
When he gets up under the lights to play his thing

And Harry doesn’t mind, if he doesn’t, make the scene
He’s got a daytime job, he’s doing all right
He can play the honky tonk like anything
Savin’ it up for Friday night
With the Sultans
We’re the Sultans of Swing
Then a crowd a young boys they’re a-foolin’ around in the corner
Drunk and dressed in their best brown baggies and their platform soles
They don’t give a damn about any trumpet playin’ band
It ain’t what they call rock and roll
Then the Sultans
Yeah the Sultans they play creole, creole

And then the man he steps right up to the microphone
And says at last just as the time bell rings
Goodnight, now it’s time to go home
And he makes it fast with one more thing

The System has daily featured music from all sorts of genres of 1970s music. You’re welcome to listen to any of the 40+ selections in The System. Thank you for stopping by. Hope you enjoyed “Sultans of Swing” by Dire Straits.