Billy Preston Nothing from Nothing

The Partridge Family’s I Think I Love You 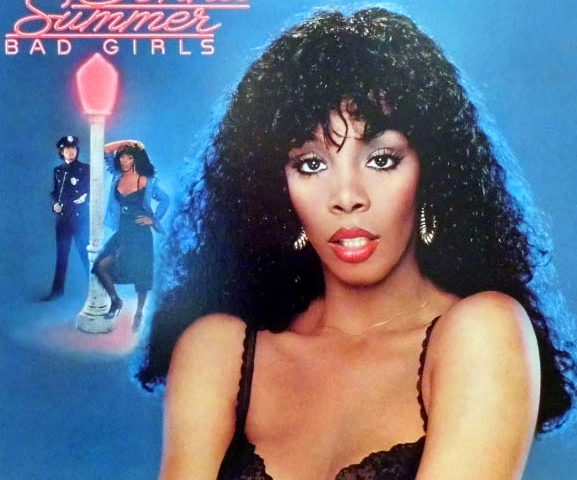 Well, the lyrics make the lady’s needs and wants  very clear. Hot stuff. Some love. Tonight. The song was written by the high-powered team of Pete Bellotte, Harold Faltermeyer, and Keith Forsey. All three have had hits with a number of artists. Bellotte is famous for his work with Summer, as well as others, including Janet Jackson, Elton John, Cliff Richard, and The Three Degrees. Faltermeyer composed music for Beverly Hills Cop, Top Gun, and Fletch. He is a session musician (synthesizer, keyboard, piano), arranger, and producer, and has worked with Patti LaBelle, Barbra Streisand, Glenn Frey, Blondie, La Toya Jackson, Billy Idol, Cheap Trick, Bob Seger, and more. Forsey also composed for film (Flashdance, Ghostbusters, Beverly Hills Cop, The Breakfast Club). He is a drummer and percussionist.

The song “Hot Stuff” was released as a single  in 1979 as well as on Summer’s 1979 album Bad Girls. The track combines disco and a rock feel. On guitar for “Hot Stuff”  is the illustrious Jeff “Skunk” Baxter, who has played with The Doobie Brothers, Steely Dan, and Spirit. Bellotte, Faltermeyer, and Forsey all play on the album. “Hot Stuff” was an enormous internationally charting success, going to #1 on the U.S. Billboard Hot 100, U.S. Billboard Hot Disco Singles, U.S. Cash Box, U.S. Record World, as well as in Australia, Canada, Japan, and Switzerland. It was in the top 20 in Austria Belgium, Finland, France, Germany, Ireland, Italy, The Netherlands, New Zealand, Norway, Spain, and the U.K. Wow.

So far as awards go, Donna Summer’s “Hot Stuff” won her the Grammy Award for Best Female Rock Vocal Performance. It is also on Rolling Stone magazine’s list of “The 500 Greatest Songs of All Time.”

Donna Summer was a singer, songwriter, and painter. She has been called The Queen of Disco and The First Lady of Love. She had 32 hit singles on the U.S. Billboard Hot 100 and was a five-time Grammy Award winner. She remains one of the world’s best-selling artists of all time.

Here are the lyrics to “Hot Stuff” by Donna Summer:

‘ here eatin’ my heart out, no reason
Won’t spend another night on my own
I dialed about a hundred numbers baby
I’m bound to find somebody home

The System has daily featured music from all sorts of genres of 1970s music. You’re welcome to listen to any of the 40+ selections in The System. Thank you for stopping by. Hope you enjoyed “Hot Stuff” by Donna Summer.