The Hues Corporation Rock the Boat 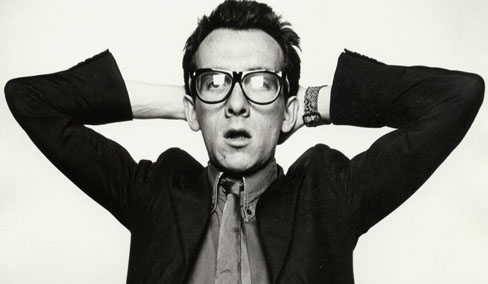 The song “Alison” was written and first recorded by Elvis Costello. It is credited to Declan Patrick MacManus, which is Costello’s real name. “Alison” is one of those personal, reflective ballads of unrequited love  that covers a range of emotions, including longing and hope against anger and sadness. It is an odd projection of feelings from the narrator of the song in that he tells her how unhappy SHE is rather than about his own pain.

Was there an “Alison” in his life? Costello has never really answered that question, saying that “Much could be undone by saying more.” He has put out the idea that Alison was a beautiful young checkout girl he saw at a local supermarket. He imagined her dreams of youth draining away, trapped with a boring job and a ruffian of a husband. Maybe.  The chorus is based on The Spinners’ song “Ghetto Child,” particularly that part, “Life ain’t so easy / When you’re a ghetto child.”

Other speculation revolves around the lyrics “I think somebody better put out the big light” and, of course, “my aim is true.” Costello denies those lines have anything to do with murder. It’s more an expression of his disappointment, possibly the belief in the accuracy of his observations. Costello says that the narrator of the song is “mad at the guy who gets the girl. In this tale of unrequited love, my aim is true does not imply pure intentions [for killing her].”

Rolling Stone magazine has “Alison” on their list of the “500 Greatest Songs of All Time.”  It became one of Costello’s signature songs. Linda Ronstadt covered the song in 1979.

Costello is a musician, singer-songwriter, and record producer. He continues to tour and perform.

Here are the lyrics to “Alison” by Elvis Costello:

Oh it’s so funny to be seeing you after so long, girl.
And with the way you look I understand
That you are not impressed.
But I heard you let that little friend of mine
Take off your party dress.
I’m not going to get too sentimental
Like those other sticky valentines,
Cause I don’t know if you’ve been loving somebody.
I only know it isn’t mine.

Alison, I know this world is killing you.
Oh, Alison, my aim is true.

Well, I see you’ve got a husband now.
Did he leave your pretty fingers lying
In the wedding cake?
You used to hold him right in your hand.
I’ll bet he took all he could take.
Sometimes I wish that I could stop you from talking
When I hear the silly things that you say.
I think somebody better put out the big light,
Cause I can’t stand to see you this way.

Alison, I know this world is killing you.
Oh, Alison, my aim is true.
My aim is true…[repeat]

The System has daily featured music from all sorts of genres of 1970s music. You’re welcome to listen to any of the 40+ selections in The System. Thank you for stopping by. Hope you enjoyed “Alison” by Elvis Costello.