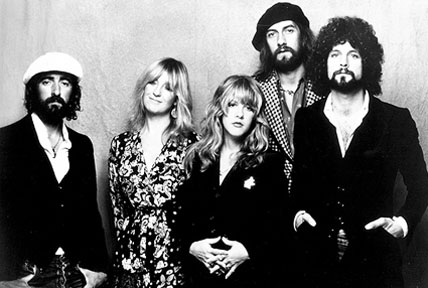 The song, which was written and sung by Lindsey Buckingham, describes the state of affairs when  there was a lot of tension between the Fleetwood Mac members in 1976. Lindsay Bucking and Stevie Nicks were breaking up. The hurtful lyric “Packing up, shacking up is all you want to do,” Nicks claims was never true.  She has said, “It was certainly a message within a song. And not a very nice one at that.” When asked to remove the line, Buckingham refused, and so it remains. (Nicks had her own take on the relationship, which she wrote about in “Dreams.”) The song “Go Your Own Way” was released as a single in December of 1967, backed with “Silver Springs.” It was also on Fleetwood Mac’s 1977 album Rumours. — as was “Dreams.”

Buckingham and Nicks weren’t the only members having difficulties at the time; the marriage of John and Christine McVie was ending . There were some tense and awkward recording sessions, but is one of the best-selling albums of all time. It has received diamond certification status from the U.S. Canada, and Australia.  It garnered the Grammy Award for Album of the Year in 1978.

“Go Your Own Way” is on Rolling Stone magazine’s list of The 500 Greatest Songs of All Time. It is also on the Rock and Roll Hall of Fame’s list of “500 Songs that Shaped Rock and Roll. The song also made great fodder for live performances from Fleetwood Mac, as the audience would witness the acrimony as a musical soap opera.

Here are the lyrics to “Go Your Own Way” by Fleetwood Mac:

The System has daily featured music from all sorts of genres of 1970s music. You’re welcome to listen to any of the 40+ selections in The System. Thank you for stopping by. Hope you enjoyed “Go Your Own Way” by Fleetwood Mac.