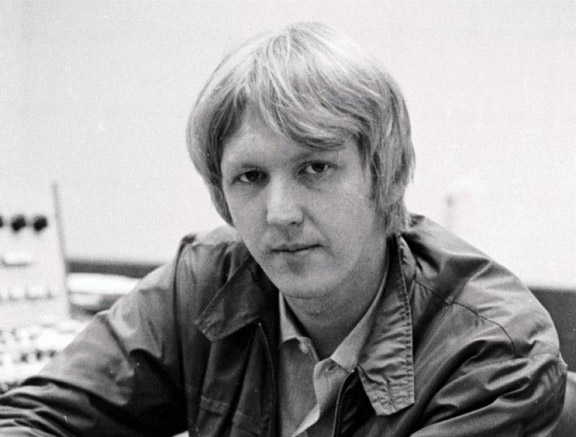 The song “Without You” was written by Pete Ham and Tom Evans of Badfinger, a British rock group. They recorded it in 1970 on the their album No Dice. Badfinger was the first group signed to Apple Records. They had big hits in the 1970s with “Come and Get It,” “No Matter What,” Day After Day, ” and “Baby Blue.” The finale of the TV show Breaking Bad featured “Baby Blue” and it charted again in 2013.  Harry Nilsson heard the Badfinger record at a party and thought it was a Beatles song. He decided to cover it when he found out it wasn’t. On Nilsson’s track are Gary Wright (piano), Tom Plovanic (acoustic guitar), Klaus Voormann (bass), and Jim Keltner (drums).

Nilsson released the song in October, 1971, and by 1972,  ‘Without You” became an international hit, going to #1 on the U.S. Billboard Hot 100 and Adult Contemporary Chart as well as  #1 in Canada, The U.K., Australia, New Zealand, and Ireland. “Without You” was within the Top 20 in South Africa, Italy, Germany, The Netherlands, and Belgium.  More than one million copies were sold, and it earned an RIAA gold record. Nilsson also released the song on his 1971 album Nilsson Schmilsson. In 1973, Nilsson won a Grammy award for “Best Male Pop Vocal” for his version of the song.

More than 180 artists have covered “Without You.” Besides Nilsson, there were also versions by Mariah Carey, Shirley Bassey, and Air Supply, to name a few.

Harry Edward Nilsson III was born in Brooklyn, New York, in 1941. He was a talented singer, songwriter, and musician. He is probably best known for his songs “Everbody’s Talkin’,” “Without You,”, “Coconut,” and “One,” which was performed by Three Dog Night. He was a tenor with a three-and-a-half octave range. Nilsson died of heart failure in 1994 at the age of 52.

Here are the lyrics to “Without You” by Harry Nilsson :

No, I can’t forget this evening
Or your face as you were leaving
But I guess that’s just the way the story goes
You always smile but in your eyes your sorrow shows
Yes, it shows

No, I can’t forget tomorrow
When I think of all my sorrow
When I had you there, but then I let you go
And now it’s only fair that I should let you know
What you should know

Well, I can’t forget this evening
Or your face as you were leaving
But I guess that’s just the way the story goes
You always smile but in your eyes your sorrow shows
Yes, it shows

The System has daily featured music from all sorts of genres of 1970s music. You’re welcome to listen to any of the 40+ selections in The System. Thank you for stopping by. Hope you enjoyed “Without You” by Harry Nilsson.