Gloria Gaynor I Will Survive 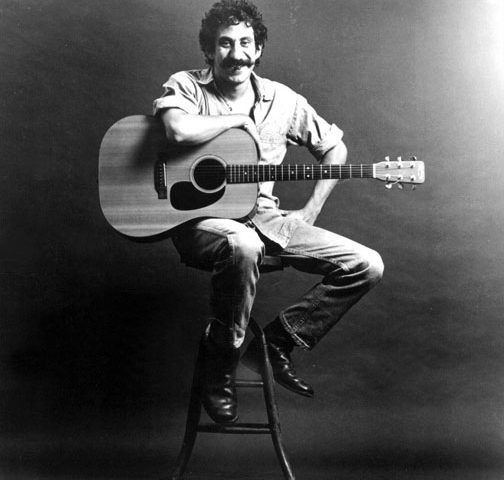 The song was written by Jim Croce and recorded in 1972. He wrote it after his wife Ingrid told him that she was pregnant. They had been married for five years and she had gone to a fertility specialist. (It was a boy, by the way, and Adrian  James, aka A.J. Croce, grew up to be a singer-songwriter.) “Time in a Bottle” was released on Croce’s 1972 album You Don’t Mess Around with Jim. The original intention was for it to be an album track. However, it was featured on the TV movie She Lives!  about a young girl with a terminal illness. It was a perfect song about life, love, and death. The show aired on September 12, 1973, just as Croce was finishing up his album I Got a Name. TV stations received many phone calls asking for the song, and the next day ABC Records received orders for 50,000 copies of You Don’t Mess Around with Jim. The sad, tragic news is that on September 20, 1973, Jim Croce, his guitarist and singer-songwriter Maury Muehleisen, the pilot Robert N. Elliott, comedian George Stevens, manager Kenneth D. Cortose, and road manager Dennis Rast were killed in an airplane crash in Natchitoches, Louisiana. “Time in a Bottle” was released as a single in November, 1973, backed with “Hard Time Losin’ Man.” It is also on various compilation albums.

The arrangement features a harpsichord that producer Tommy West discovered had been left in the studio. There is also the magic of guitar work from Maury Muehleisen.

In 1973-74, “Time in a Bottle” went to #1 on the U.S. Billboard Hot 100, U.s Billboard Easy Listening chart, U..S. Cash Box Top 100, and on the Canadian charts. There have been numerous covers of the songs. Artists with versions include Glen Campbell, Garth Brooks, Jerry Reed, Floyd Cramer, The Ventures, Roger Whittaker, Eddie Kendricks, Howard Keel, and Lena Horne, just to name a few.

Here are the lyrics to “Time in a Bottle” by Jim Croce:

If I could make days last forever
If words could make wishes come true
I’d save every day like a treasure and then,
Again, I would spend them with you

For another song by Jim Croce: “Bad, Bad Leroy Brown.”

The System has daily featured music from all sorts of genres of 1970s music. You’re welcome to listen to any of the 40+ selections in The System. Thank you for stopping by. Hope you enjoyed “Time in a Bottle” by Jim Croce.