ABBA’s Take a Chance on Me 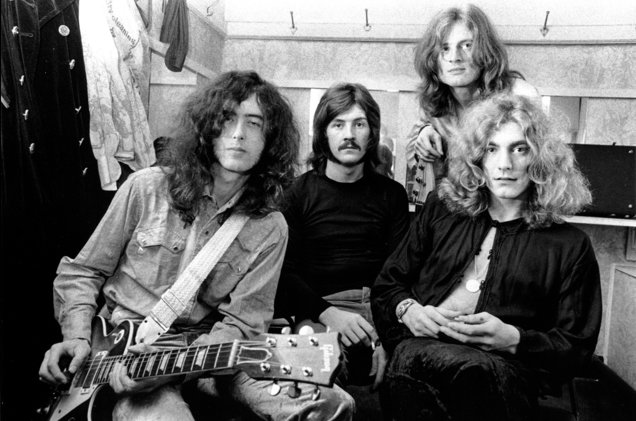 A stirring Viking saga indeed. The sound from this song had folks referring to it as the “Hammer of the Gods.” The inspiration for the song, the story goes, is that Led Zeppelin was on tour during 1970 in Iceland, Bath, and Germany. They opened in Reykjavik, Iceland, and had a great response there. It made them feel that they had come from the land of ice and snow  ready to conquer the western shore’s soft fields of green by the time they arrived in Bath. The song was written by Robert Plant and Jimmy Page, and they performed it for the first time at the Bath Festival.

“Immigrant Song” was released on Led Zeppelin’s 1970 album Led Zeppelin III. They are more an album-oriented band, but this was also released as a single, backed with “Hey, Hey, What Can I Do.” The first pressings of the U.S. single have the quote  from writer and occultists Aleister Crowley “Do what thou wilt shall be the whole of the Law” inscribed in dead wax in the run-out groove. The song has appeared on numerous live albums and compilations.

In 1970-1971, “Immigrant Song” charted internationally. It went to #16 on the U.S. Billboard Hot 100 and was in the Top 20 in Australia, Austria, Canada, Denmark, Germany, Japan, The Netherlands, New Zealand, South Africa, and Switzerland.

On the track were Robert Plant (vocals), Jimmy Page (guitar), John Paul Jones (bass guitar), and John Bonham (drums).  Led Zeppelin formed in London in 1968 and disbanded in 1980. However, various members have been active in the music business.

Here are the lyrics to “Immigrant Song” by Led Zeppelin :

We come from the land of the ice and snow
From the midnight sun, where the hot springs flow
The hammer of the gods
We’ll drive our ships to new lands
To fight the horde, and sing and cry
Valhalla, I am coming!

For another song by Led Zeppelin: “Whole Lotta Love.”

The System has daily featured music from all sorts of genres of 1970s music. You’re welcome to listen to any of the 40+ selections in The System. Thank you for stopping by. Hope you enjoyed “Immigrant Song” by Led Zeppelin.