Eric Clapton I Shot the Sheriff

The Bee Gees Too Much Heaven 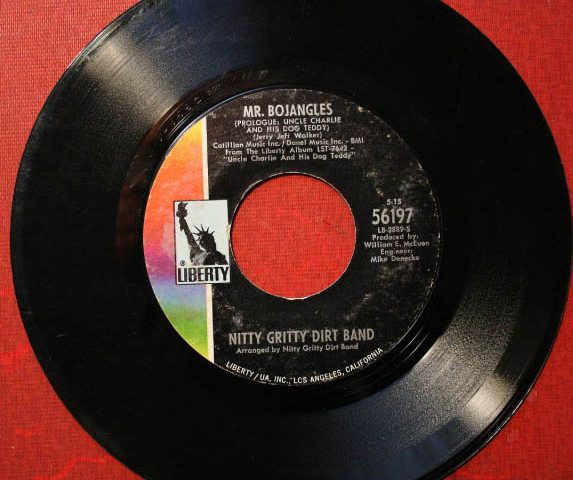 The featured song today is “Mr. Bojangles” by The Nitty Gritty Dirt Band.

To listen:  https://bogartboogieoogie.com/the-system/
The song was written by Jerry Jeff Walker, and he was the first to record it in 1968 for his album Mr. Bojangles. The story behind the song is that Walker was arrested and put in 1965 in New Orleans on the charge of public intoxication. Evidently, he had had a few and tried to convince a young woman that love at first was indeed a real thing. While incarcerated, Walker met a man who called himself “Mr. Bojangles.” Now, he had been arrested due to a sweep of usual indigent suspects following a high-profile murder. (Mr. Bojangles was the nickname of tap dancer, actor, and activist Bill Robinson. It  also was a generic name for African-American street dancers.) So, Walker and Mr. Bojangles talked for a long time and shared stories of their hard times and dreams. Finally, one of the men in the cell said, “Come on, Bojangles. Give us a little dance.” Mr. Bojangles said, “Yes. Hell, yes.” He clapped out a rhythm and began to dance.

The Nitty Gritty Dirt Band covered the song for their 1970 album Uncle Charlie and His Dog Teddy. The song was also released as a single in 1970. There are different versions with and without an intro with Uncle Charlie. The latter occurred once the song began to climb the charts. And climb the charts it did. By 1971, the song went to #9 on the U.S. Billboard Hot 100, #2 in Canada and New Zealand, #15 in Australia, and #28 in The Netherlands.

Here are the lyrics to “Mr. Bojangles” by The Nitty Gritty Dirt Band:

I knew a man, Bojangles and he danced for you
In worn out shoes
Silver hair, and ragged shirt and baggy pants
The old soft shoe
He jumped so high
He jumped so high
Then he’d lightly touch down
I met him in a cell in New Orleans, I was
Down and out
He looked to me to be the eyes of age
As he spoke right out
He talked of life
He talked of life
He laughed, clicked his heels and stepped
He said his name, Bojangles and he danced a lick
Across the cell
He grabbed his pants and spread a stance
Oh, he jumped so high
And then he clicked his heels
He let go a laugh
He let go a laugh
Shook back his clothes all around
Mr. Bojangles
Mr. Bojangles
Mr. Bojangles
Dance
He danced for those in minstrel shows and county fairs
Throughout the south
He spoke with tears of fifteen years how his dog and him
Traveled about
The dog up and died
He up and died
After twenty years he still grieves
He said I dance now at every chance in honky tonks
For drinks and tips
But most the time I spend behind these county bars
Cause I drinks a bit
He shook his head
And as he shook his head
I heard someone ask him please
Please
Mr. Bojangles
Mr. Bojangles
Mr. Bojangles
Dance

Here’s a version with the prologue. Teddy, the singing dog, who gives a few howls of “The Old Rugged Cross.”

The System has daily featured music from all sorts of genres of 1970s music. You’re welcome to listen to any of the 40+ selections in The System. Thank you for stopping by. Hope you enjoyed “Mr. Bojangles” by The Nitty Gritty Dirt Band.