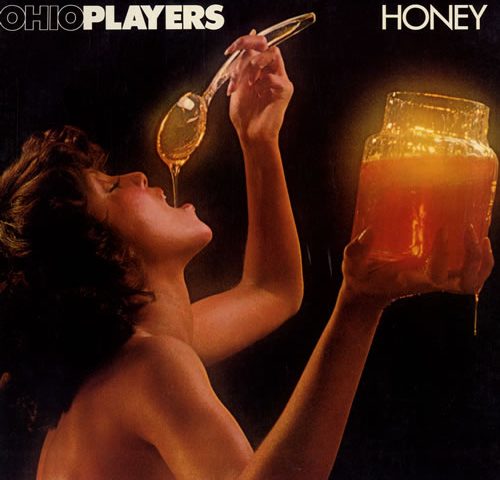 The song is credited to James Williams, Clarence Satchell, Leroy Bonner, Marshall Jones, Ralph Middlebrooks, Marvin Pierce, and William Beck. It released on the Ohio Players’ 1975 album Honey as well as a single backed with “It’s All Over.  By 1976, “Love Rollercoaster” rose to #1 on the U.S. Billboard Hot 100 and U.S. R&B chart. It went to #2 in Canada and #5 in France.

The recurring theme, or “hook,” in Love Rollercoaster is a four-note motif set to the four syllables of rol-ler-coast-er. The notes are in the pentatonic scale (i.e., five-note scale playable using only a piano’s black keys). It’s the same motif used three years later in Andy Gibbs’s “Shadow Dancing.”

There are several long-running urban legends inspired by “Love Rollercoaster.” During a short instrumental break (either at 1:24 or 2:32 depending on the version) keyboardist Billy Beck lets loose with a high-pitched scream. According to one urban legend, it’s the sound of a woman being murdered in the studio while the song was being recorded. The victim’s identity varies depending upon which version you hear. Another legend identifies it as a recording of a screaming girl falling off a rollercoaster, to her death. Still another legend tells of a rabbit being killed outside the studio — its agonized scream being picked up by the recording equipment. Well, probably not, as recording studios are soundproof. However, the most widespread myth is that Playboy model Ester Cordet, who appeared nude on the album jacket covered in honey, was badly burned by boiling honey during a photo shoot, which somehow took place in the studio during the recording. What?

Casey Kasem repeated the urban myth of a woman being killed in the studio on his radio show, American Top 40, when the song was on the charts in 1976.

“There is a part in the song where there’s a breakdown. It’s guitars and it’s right before the second verse and Billy Beck does one of those inhaling-type screeches like Minnie Riperton did to reach her high note or Mariah Carey go octaves above. The DJ made this crack and it swept the country. People were asking us, ‘Did you kill this girl in the studio?’ The band took a vow of silence because you sell more records that way.”

Here are the lyrics to “Love Rollercoaster” by Ohio Players:

The System has daily featured music from all sorts of genres of 1970s music. You’re welcome to listen to any of the 40+ selections in The System. Thank you for stopping by. Hope you enjoyed “Love Rollercoaster” by the Ohio Players.