Carly Simon’s Nobody Does it Better 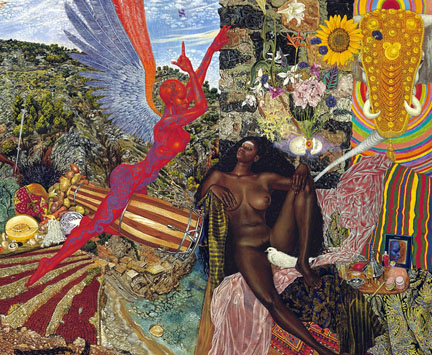 The song was written by Fleetwood Mac guitarist and founder Peter Green. They recorded it  in 1968. Santana covered it, with Gregg Rolie on the vocal, in 1970. Satana’as version is a mediley with Gábor Szabó’s 1966 instrumental piece “Gypsy Queen,” producing a mixture of jazz, blues, Hungarian folk music, and Afro-Cuban Latin rhythms. The single, backed with “Hope You’re Feeling Better,” went to #4 on the U.S. Billboard Hot 100 in January of 1971. It was also released on Santana’s 1970album Abraxas. That album topped the charts and went to quadruple platinum by 1986. The album cover artwork for Abraxas is from “Annunciation” by Marti Klarwein, painted in 1961.

Gregg Rolie is a singer and keyboardist. He has been a lead singer for Santana, Journey, and Abraxas Pool. He also has been part of the rock band The Storm. He continues to tour and perform with his Gregg Rolie Band.

Here are the lyrics to “Black Magic Woman” by Santana:

Yes, you got your spell on me baby
Turning my heart into stone
I need you so bad, magic woman
I can’t leave you alone

For another song by Santana, which is on Bogart Boogie Oogie’s sister site Pass the Paisley: “Evil Ways.”

The System has daily featured music from all sorts of genres of 1970s music. You’re welcome to listen to any of the 40+ selections in The System. Thank you for stopping by. Hope you enjoyed “Black Magic Woman” by Santana.