Lou Rawls You’ll Never Find Another Love Like Mine 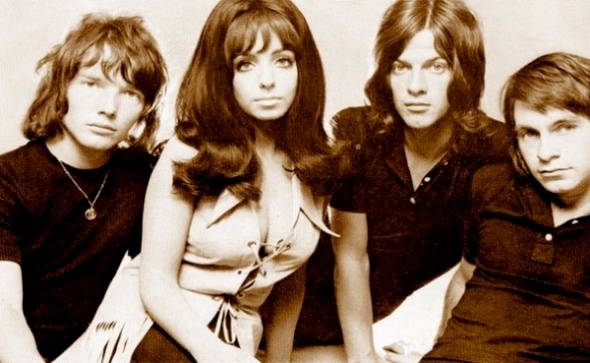 The song, which is very different from Frankie Avalon’s song “Venus,” was written in 1969 by the group’s guitarist, sitarist, and background vocalist Robbie Van Leeuwen.  They formed in The Hague, The Netherlands, in 1967. By the time they disbanded in 1974, they had sold more than 13.5 million records. They were among the favorites of the counterculture movements at the time and had international charting success with a number of songs. These include “Send Me a Postcard,” “Never Marry a Railroad Man,” “Mighty Joe,””Love Buzz,”” Blossom Lady,” and “Inkpot,” among others.

By 1970, “Venus” rose to #1 on the charts in the U.S. Canada, Australia, Belgium, France, Italy, Switzerland, and Spain. It was in the top 10 in the U.K., Austria, Finland, Germany, Ireland, Japan, and The Netherlands.  “Venus” was released on Shocking Blue’s 1969 album At Home. On the track were Mariska Veres (lead vocals), Robbie Van Leeuwen (guitar, backing vocals), Klassje van der Wal (bass guitar), and Cor van der Beek (drums). The error of “goddness” in the first line of the song, an artifact of translation when singing in English, was corrected in subsequent versions.

The song was also an international #1 hit for Bananarama. There were numerous covers of the song around the world, including the Stockley Sisters from South Africa, Yoko Nagayama in Japan, Stephanie Sun form Singapore, and Seduced from Belgium,  to name a few.

In the Soviet Union, at the time, the song “Venus,” known as “Shizgarah” became popular in the 1970s with subculture youth. It often had scat lyrics that were meant to sound like English. “Shizgarah” is also the name of a novel by Sergey Solukh that showed the life of young Soviet hippies in the 1970s.

Here are the lyrics to “Venus” by Shocking Blue:

Her weapon were her crystal eyes,
Making every man mad.
Black as a dark night she was,
Got what no one else had.
Wow!

The System has daily featured music from all sorts of genres of 1970s music. You’re welcome to listen to any of the 40+ selections in The System. Thank you for stopping by. Hope you enjoyed “Venus” by Shocking Blue.