Billy Paul’s Me and Mrs. Jones 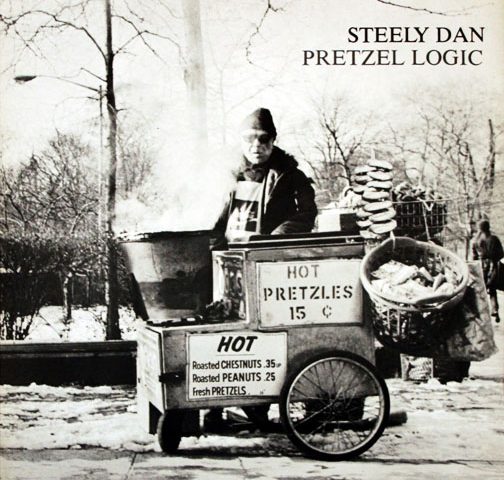 The song was written by Steely Dan founders and core members Walter Becker and Donald Fagen. It was released on their 1974 album Pretzel Logic and as a single backed with “Any Major Dude Will tell You.” The song went to #4 on the U.S. Billboard Hot 100, #14 on the U.S. Adult Contemporary chart, #3 in Canada, and #30 in Australia. It was Steely Dan’s highest charting single.

The Rikki referred to in the song, the story goes, is writer and artist Rikki Ducornet. She met Donald Fagen while she was attending Bard College. Although she was married and pregnant at the time, evidently Fagen gave her his number. Ducornet says she was intrigued but nothing went any farther.We don’t know if she lost that number, but she disregarded it.

The keyboard riff was taken (more or less) from jazz composer and pianist Horace Silver’s 1964 “Song for My Father.” Another bit of musical trivia regarding the song is that the album version is notable for its use of a flapamba, which is a somewhat rare variation on a marimba, in the intro. Jazz musician Victor Feldman played it. The intro was cut from the single version.

Here are the lyrics to “Rikki Don’t Lose That Number” by Steely Dan:

We hear you’re leaving, that’s okay
I thought our little wild time had just begun
I guess you kind of scared yourself, you turn and run
But if you have a change of heart

I have a friend in town, he’s heard your name
We can go out driving on Slow Hand Row
We could stay inside and play games, I don’t know
And you could have a change of heart

For another song by Steely Dan: “Do It Again.”

The System has daily featured music from all sorts of genres of 1970s music. You’re welcome to listen to any of the 40+ selections in The System. Thank you for stopping by. Hope you enjoyed “Rikki Don’t Lose That Number” by Steely Dan.