The Bee Gees Fanny Be Tender With My Love

Steely Dan Do It Again 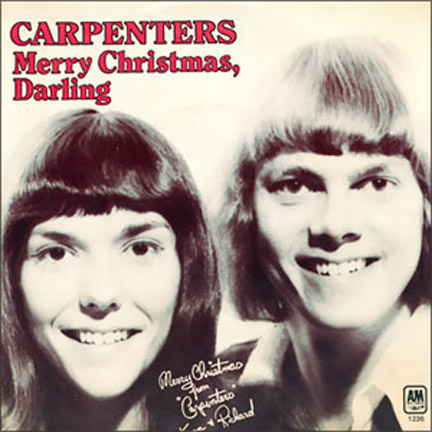 The song was written by Richard Carpenter and choir director, choral studies professor Frank Pooler. The Carpenters first recorded it in 1970 and released it as a 7″ single, backed with “Mr Guder.” In 1970, the song went to #1 on the U.S. Billboard Christmas Singles Chart. It was #41 on U.S. Cashbox Top 100 Singles Chart and#45  in the U.K. On the track were Karen Carpenter (lead and backing vocals), Richard Carpenter (backing vocals, piano, celesta, Wurlitzer electric piano), Joe Osborn (bass), Hal Blaine (drums), and Bob Messenger (tenor sax).

The song was re-issued on the 1978 Carpenters’ album Christmas Portrait, on which Karen recorded a new vocal. Richard says that he always felt the original recording was one of Karen’s best. The song has been covered by numerous artists, including Natlie Cole, Amy Grant, Lea Michele, Kimberley Lock, Vanessa L. Williams, Phil Vassar, Boyz II Men, Briana Cash, Deana Carter, Kitchie Nadal and many more.

Here are the lyrics to “Merry Christmas, Darling” by The Carpenters:

I wish I were with you

The System has daily featured music from all sorts of genres of 1970s music. You’re welcome to listen to any of the 40+ selections in The System. Thank you for stopping by. Hope you enjoyed “Merry Christmas, Darling” by The Carpenters.