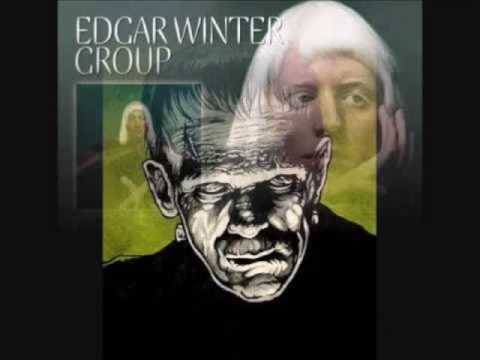 The Edgar Winter Group released this instrumental on their 1972 alum They Only Come Out at Night and then as a single in 1973. The single rose to #1 on the U.S. Billboard Hot 100 in 1973 and #18 in the U.K. It was written by Edgar Winter, and he had performed it several years earlier when playing with his older brother Johnny Winter.

The song’s title evidently was coined by drummer of the group Chuck Ruff, as the track had been edited and pieced together from a number of sessions. Winter explains that “back in those when you edited something, you physically had to cut the tape and splice it back together, so it was all over the control room, draped over the backs of chairs and the couch.” Evidently, it was a project putting it all together. Winter says the name also works for the instrumental’s monster-like, lumbering beat.

Originally, “Frankenstein” was to be the B-Side to “‘ Around.” DJ’s, however, soon discovered that this was the hit. On the track were Edgar Winter (ARP 2600 synthesizer, electric piano, sax, timbales), Ronnie Montrose (guitar), Dan Hartman (bass), and Chuck Ruff (drums). Rick Derringer, originally of the group The McCoys (e.g. “Hang on Sloopy) produced “Frankenstein” and played guitar on it.

Another trivia tidbit about “Frankenstein,” is that during live performances Winter became the first person to strap a keyboard instrument around his neck, which gave him the same mobility as the guitar players. 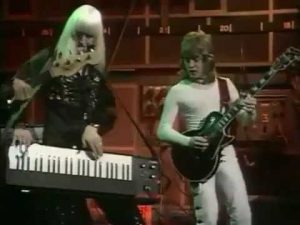 Edgar Holland Winter is known for being a multi-instrumentalist (keyboards, guitar, saxophone, percussion) as well as a singer, songwriter, and producer. His music embraces a number of genres, including rock, pop, jazz fusion, and blue-eyed soul. Winter was a pioneer in featuring the synthesizer as a lead instrument.

The System has daily featured music from all sorts of genres of 1970s music. You’re welcome to listen to any of the 40+ selections in The System. Thank you for stopping by. Hope you enjoyed “Frankenstein” by The Edgar Winter Group.