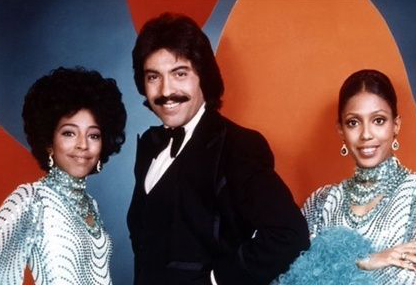 A 1972 Reader’s Digest story, “Going Home,” told a tale of a newly released ex-convict riding home on a bus. He had not heard from his wife during his four years in prison, but wrote her a letter saying “If you will take me back, tie a yellow handkerchief around the big oak tree in the middle of town. If I see it, I will get off the bus. If not, I will stay on the bus and go start a new life.”  When the bus pulled into town, there were hundreds of yellow handkerchiefs tied to the tree.

The story moved songwriters Irwin Levine and L. Russell Brown to write a song about a handkerchief tied to a tree. Since the word “handkerchief” doesn’t sing very well, they decided to use a ribbon. The idea of a woman wearing a yellow ribbon for her soldier gone to war dates back to the 1800s. It was the focus of the 1949 John Wayne film “She Wore A Yellow Ribbon,” based on an old folk song of the same name.

Once the song was completed, Levine and Brown presented “Tie A Yellow Ribbon” to Ringo Starr who was searching for a commercial song. Al Stekler of Apple Records rejected it immediately, telling them they should be ashamed of such a ridiculous song. Their next try was with Tony Orlando, who understood the incredible commercial potential and recorded the song.

Orlando’s instincts were correct, as the song reached #1 on the Billboard Hot 100 where it remained for four weeks. During its first three weeks of release, “Tie A Yellow Ribbon” sold over three million records in the U.S. The song was also #1 in Australia, the U.K., Norway, New Zealand, Ireland, Canada, and Belgium. It was the #1 song of 1973 in the U.S., Canada, the U.K., and New Zealand. BMI calculated that the song has been played on the radio over three million times to date.

Here are the lyrics to “Tie a Yellow Ribbon Round the Ole Oak Tree” by Dawn, featuring Tony Orlando:

Bus driver, please look for me
Cause I couldn’t bear to see what I might see
I’m really still in prison, and my love
She holds the key
A simple yellow ribbon’s what I need to set me free
I wrote and told her please

Now the whole damned bus is cheering
And I can’t believe I see
A hundred yellow ribbons ’round the ole oak tree
I’m coming home.

The System has daily featured music from all sorts of genres of 1970s music. You’re welcome to listen to any of the 40+ selections in The System. Thank you for stopping by. Hope you enjoyed “Tie a Yellow Ribbon” by Dawn, featuring Tony Orlando.